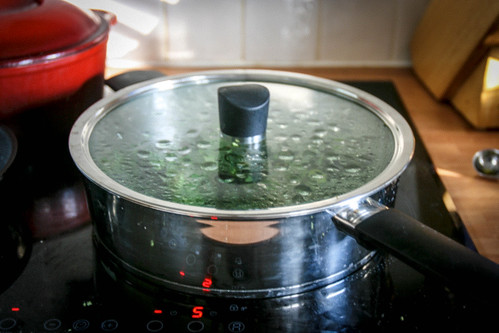 Today I’m talking about hobs, otherwise known as “cooktops” or “stovetops” to my American friends. My hob of choice is gas, but as I rent, I have been stuck with the electric hob that my landlords have provided me with… until now…

Two weeks ago, said hob began to crack and so needed replacing. Surprise! My landlords installed an induction hob. Now none of my pans work (in particular, my beloved omelet pan which I use almost every day). THANKS, guys!

But all was not lost. I managed to get hold of some excellent induction pans, including a non-stick frying pan and a sautepan from Judge Cookware, whose Continental Range is optimised for induction. All of their induction pans are stainless steel, have a thermic base for even heat distribution and, importantly, are dishwasher and oven safe to 180 C.

So with my new induction frypan and sautepan, I was able to test the merits of this induction hob business. 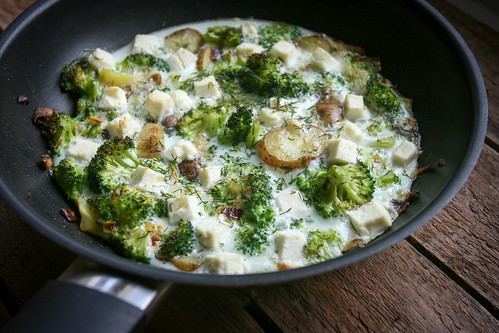 Here’s the story with induction: induction works by transferring an alternating current through a ferromagnetic coil, creating a magnetic field beneath the ceramic top of the hob and transfers heat directly to the pan. Induction only works when the pan is placed within this magnetic zone, so that energy is directed where it is needed.

Here are some cool stats and facts about induction hobs that I learned from thecaterer.com:

I definitely noticed the responsiveness of the induction hob straight away; it’s a huge improvement verses my previous electric hob and seems to be the next best thing to gas. And the pan issue isn’t such a scary one – many pans will work on an induction hob, as long as they are magnetic (you can use a fridge magnet to test this).

If you are on the hunt for some quality induction pans, I definitely recommend checking out the Continental range from Judge Cookware. They are stylish, functional, durable and right at home with induction. The small frypan in particular is perfect for a single-serving frittata – and because it’s oven-safe, you can finish your frittata in the oven – no frittata flipping required. Imagine the possibilities! 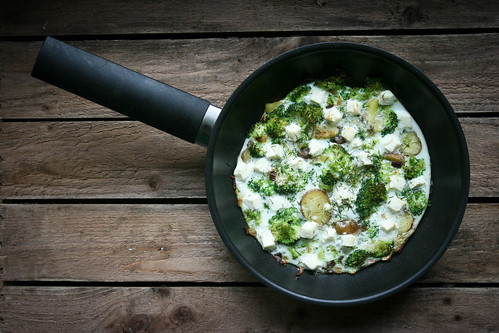