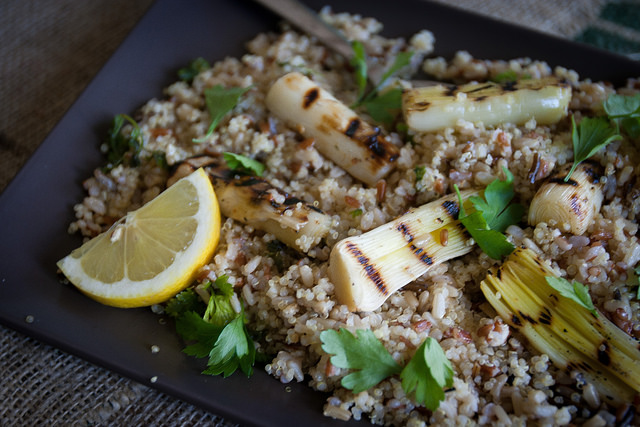 The secret to tasty BBQ leeks is to blanch the leeks first so that they’re pretty much cooked before they go on the BBQ, then dress them in a tangy vinaigrette that compliments the sweetness of the leek. Almost any mustardy vinaigrette will do – I keep it basic with olive oil, white wine vinegar and dijon, then add fresh herbs like parsley, chervil or oregano to vary the recipes.

Serve the leeks over some whole grains like barley, quinoa or wild rice and you have a substantial side dish that’s perfect for a BBQ. You can also add other grilled vegetables – courgettes and asparagus work especially well. Too cold for an outside BBQ? Stay inside and cook this on a griddle pan. 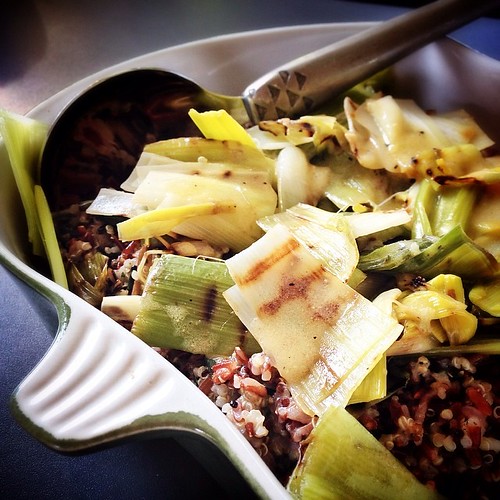