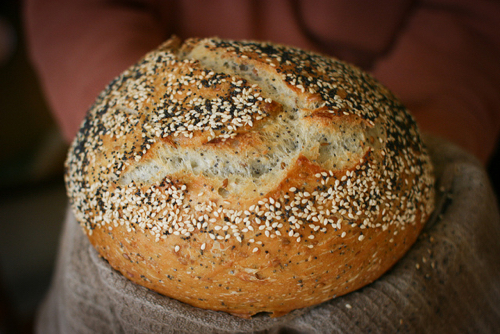 This is by far the most popular bread recipe that I make, with a crispy beautiful crust on the outside and a soft moist crumb on the inside. It is also one of the easiest breads you can make. As the title suggests, no kneading is required. Just a little time, a few ingredients and a cast iron pot. Start this bread the night before you want to eat it.

No Knead Bread with Seeded Crust

* You can also use wholemeal flour here, or a mixture of white and wholemeal, but the rise might not be dramatic.