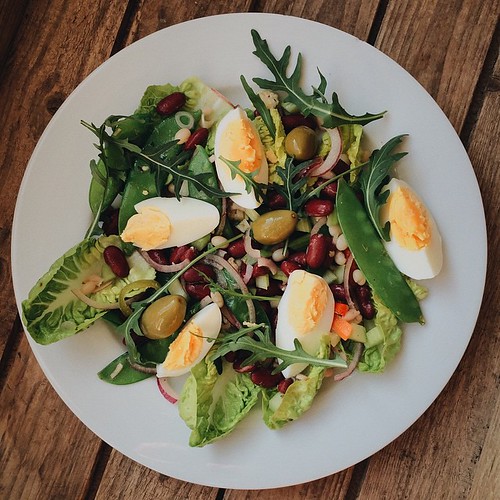 Healthy eating is a hugely popular topic, and there are loads of people out there who are praised for taking healthy eating to the mainstream. No doubt these people are doing great things by raising the awareness and the demand for “real food”. Most of us recognize that many of the nation’s health problems come down to eating processed junk and copious amounts of sugar.

I don’t eat processed junk or copious amounts of sugar. As much as I lament about my “blow outs” (fuelled largely by wine, cheese and more wine), for the most part I eat totally natural food that I make myself. And even when I’m having a “blow out”, the food is generally pretty healthy (just excessive). I also exercise every day, usually twice (once first thing in the morning and again in the afternoon), and walk as much as I can. I should be the pillar of athleticism. And yet…

Symptom #1: In the last year my weight has increased steadily. Much of this is “good weight” – I’ve put on about 5lb of lean muscle mass (thank you CrossFit). But I’ve put on about the same amount of fat. The end result is that my favorite hiking trousers don’t fit comfortably, I don’t like what I see in the mirror and I feel constantly frustrated. I tried going back to basic principles, things that have worked in the past. As loathsome as it is, calorie counting has always been a helpful process. And so it was here, where I learned that my diet consisted of over 40% fat. Not ideal. Yeah, all that trendy healthy stuff that people think are so awesome – avocado, nuts, seeds, cold pressed oils, cacao nibs, and so on – had taken the place of loathsome carbs, resulting in an imbalanced diet and some ho hum results.

Symptom #2: Muscle fatigue. Cardio-wise I’m fine, “superb” in fact (according to my last VO2 Max test). But when it comes to anything that requires power and strength, my muscles tire very quickly. It also seems to take a while for me to recover (even after a weekend’s rest, I often find on Monday I’m still sore from the week before).

Ok, I get it: I eat too many avocados, nuts, seeds and oils, and not enough complex carbohydrates. I’ve been trying to fix this for the last year, but I’ve gotten nowhere. It took me a while to realise that even though I know the problem, I don’t really know how to fix it. “Eat less fat”. But how much? And what should I eat instead? Carbs? Protein? When? How?

So I’ve decided to hire a nutritionist, which really seems like a no-brainer in retrospect. I may know a lot about “healthy food”, but I am far from a nutritionist. I also don’t know how nutrition should play into my training schedule. It seems silly now that I’ve been trying to wing it on my own, when there are qualified people just waiting to help people like me!

For the last week and a half I’ve been working with Ben Crook, the lead nutritionist at Blueberry Nutrition, who I was referred to by CrossFit Cirencester. Ben has worked with a lot of athletes, something which appealed to me. Even though I’m not competitive, I do consider myself a fairly active person and wanted a nutritionist who would take this into account. I also like Ben’s focus on science. 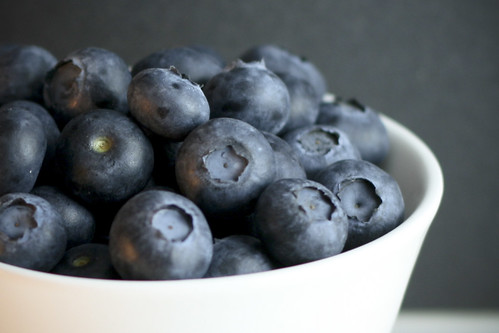 Ben has been working with me to create a food plan designed to achieve the following two simple objectives:

The first thing to work out with any nutrition plan is – how many calories your body needs to remain at the weight you currently are. Once that has been elucidated the next step is to work out your macro-nutrient intake – Your Protein, Carbohydrate and Fat intake. It is crucial to work out your macro split in order to optimise your time in the gym. A good place to start is

This ratio – and the number of calories I consume – will be adjusted over time to ideally stimulate healthy weight loss while increasing my energy and improving my performance at the same time.

Ben’s theory is that my lowish carb / high-fat diet means that I don’t have ideal glycogen stores, hence why I get super tired when I’m working out.

Here’s how the basic process has worked: 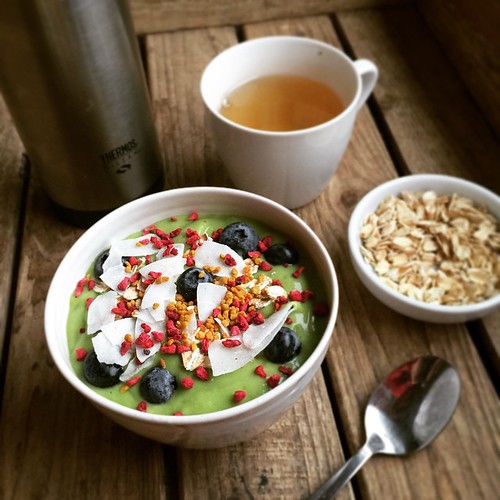 A few random thoughts so far

How do I feel?

There are some recipes that I really miss – my favourite dal and red lentil soup come to mind. But I know it’s not forever. This is a learning process – I have to learn what “balance” really means! And contrary to popular media, “balanced” doesn’t necessarily mean putting cold pressed olive oil and pistachios and avocado and cacao nibs on all of the things!

It’s early days and it’s really too soon to say whether this nutrition plan is working. There have been days when I’ve felt totally shattered, but then again, this has been a very mentally taxing week so I’m sure that’s played a role.

In general, I actually feel pretty good. I’m definitely more motivated to push myself a little harder and see what I can do, which probably has less to do with my diet change and more to do with the mental boost that all of us get when we do something good for ourselves. In fact, when you put it that way, the nutrition plan has already proved successful. This is a state of mind I have to work at; it’s all too easy to be impatient and disappointed. I think it’s time to redefine “success”. Success isn’t about reaching an objective (that’s a “goal”). Taking action is success, and any one of us who are taking steps to reach our goals are already inherently successful. Go us!

More to come as the nutrition plan experiment progresses. In the meantime, here’s that awesome salmon recipe I mentioned… 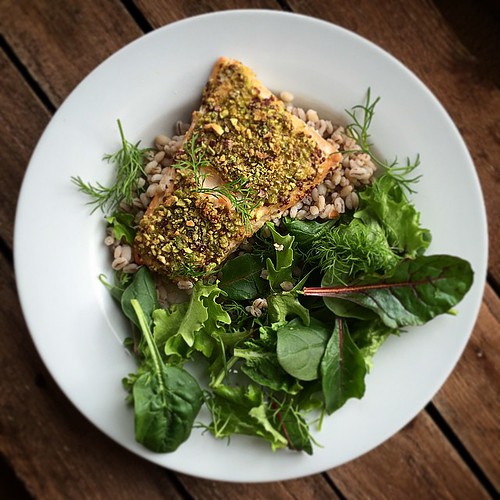