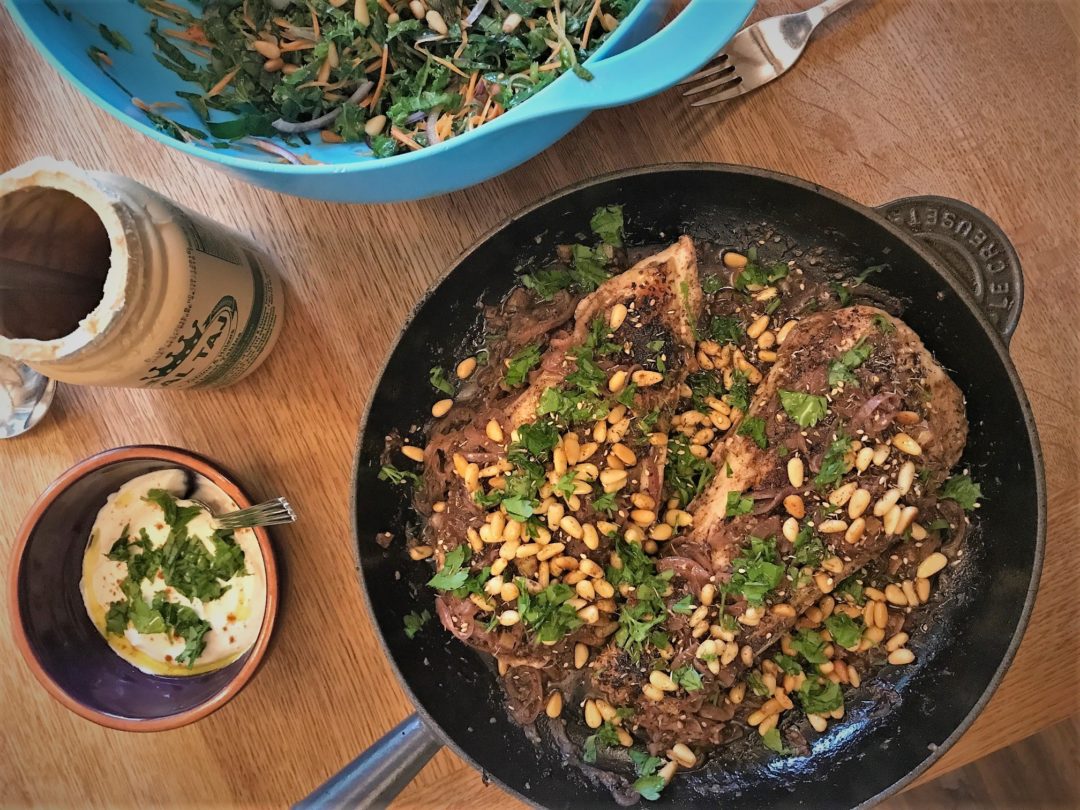 Inspired by Ottolenghi’s Roast chicken with sumac, za’atar and lemon, from Ottolenghi: The Cookbook.

We’ve been trying to cook everything we can lay our hands on with our new(ish) Optimum Sous Vide, and it has become a staple of our kitchen counter. We’ve been a big fan of Ottolenghi’s Roast chicken with sumac, za’atar and lemon for a while, and when I was tasked with doing something interesting for dinner with a couple of chicken breasts the other night, I started experimenting. The results with the sous vide were incredible, so I thought I’d share my recipe.

Be aware that this was very much a riffed dish, and because it was created on the fly, the quantities for some of the ingredients (like oil and spices) are my best estimates. You may want to adjust the quantities to suit your preferences and the way the food behaves with your equipment.

Because the chicken breasts I used were so large, we had enough for leftovers the next day. We served that with a wholewheat couscous concoction and a spinach salad. Photos to follow below.

For the chicken and sauce

For the tahini and yoghurt sauce

For the tahini and yoghurt sauce

For the chicken and sauce 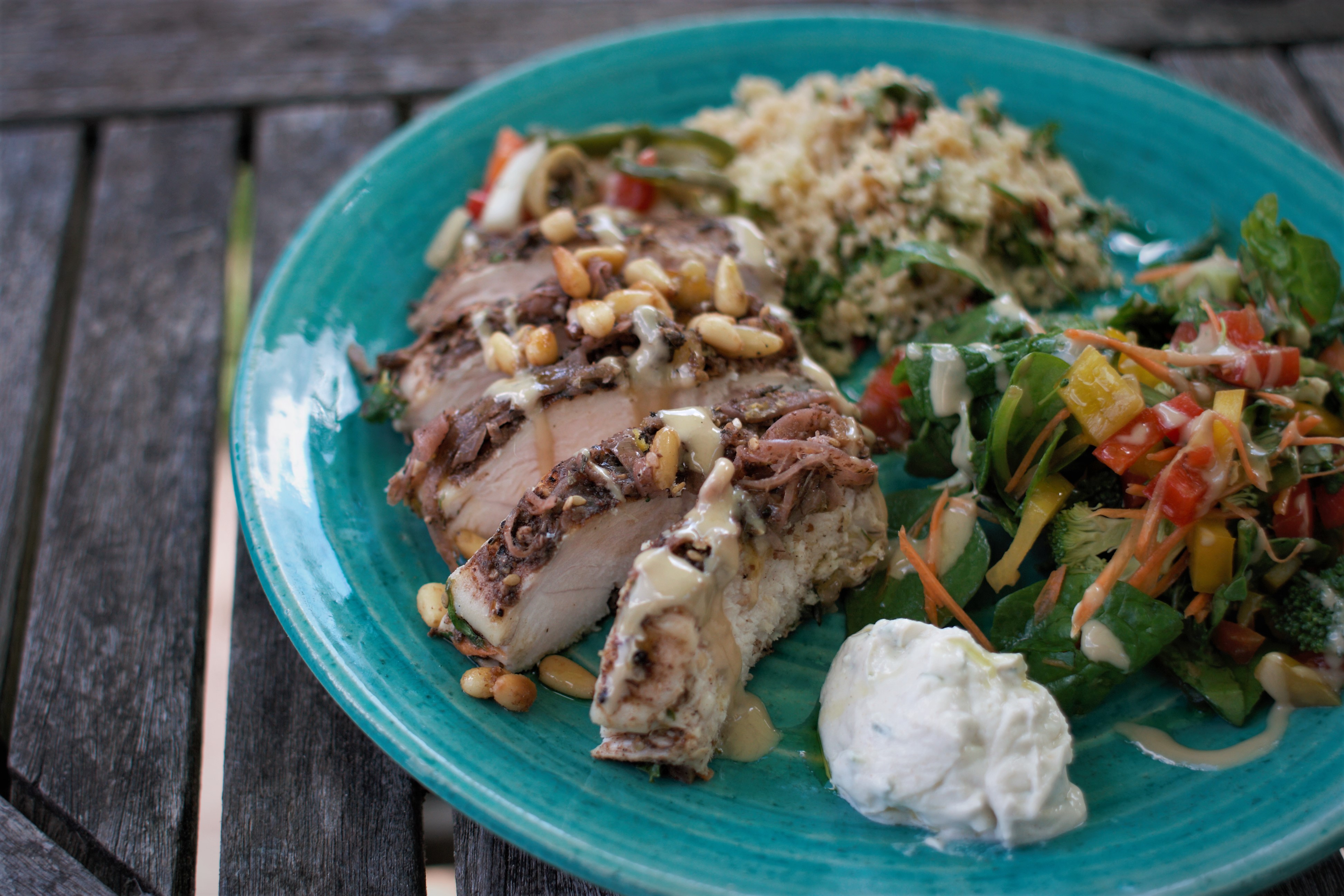 My leftovers, in all their fresh, punchy and zesty glory!